A Game of Throw Ins 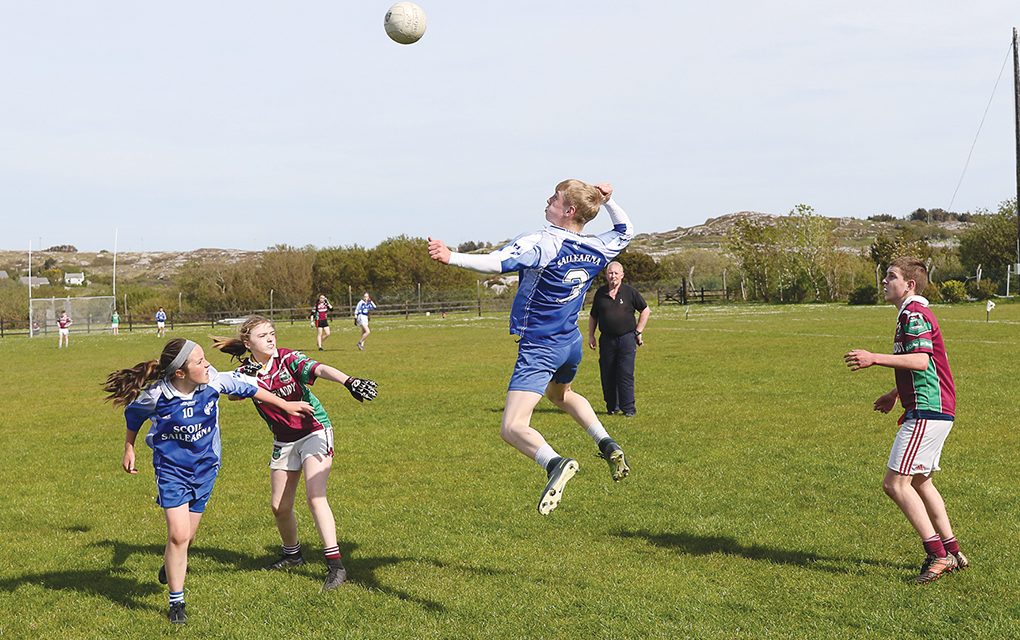 The warm sun’s rays over the Féile Peile Gael Linn Connacht football tournament in Carraroe were as nothing to the white heat of battle as eight ambitious national school teams from Galway, Roscommon and Mayo fought their own Game of Throw Ins at Páirc an Chathánaigh, An Cheathrú Rua on May 15-16.

Such was the intensity at times one half expected a dragon to swoop down into the goalmouth at any moment.

The warriors of Scoil Mhic Dara, An Cheathrú Rua, Galway and Gaelscoil de hÍde, Roscommon emerged from the battlefield to face each other in the final. But some early goals from Scoil Mhic Dara left the Roscommon team in disarray. To be fair to the boys and girls of The North they recovered, bolstered on by a remarkable display of their goalkeeper Aaron Mac an tSaoir who warded off the red invasion with save after save. But in the end they had to submit to the opposition’s power.

So, Scoil Mhic Dara are Connacht Féíle Peile Gael Linn champions of 2019. None of the players were born when their team last won the title 12 years ago. Many hope they will be playing to retain the trophy next year. Many others hope to relieve them from it! Words and photos: Seán Ó Mainnín 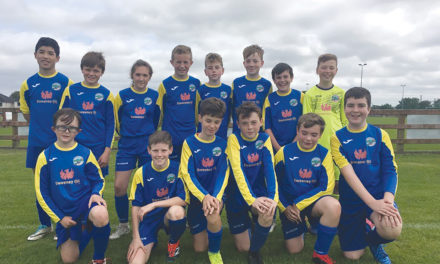 Clear out your old clobber 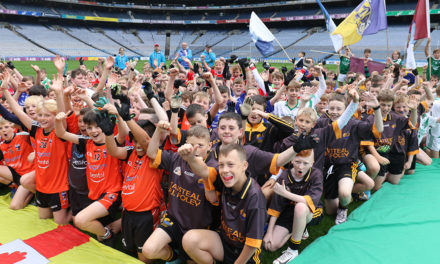 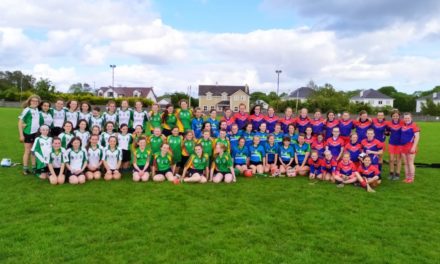 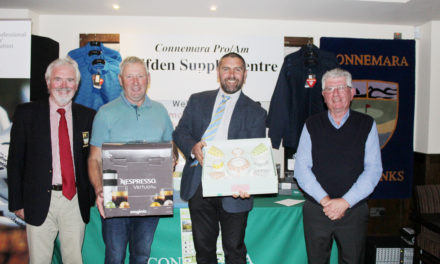