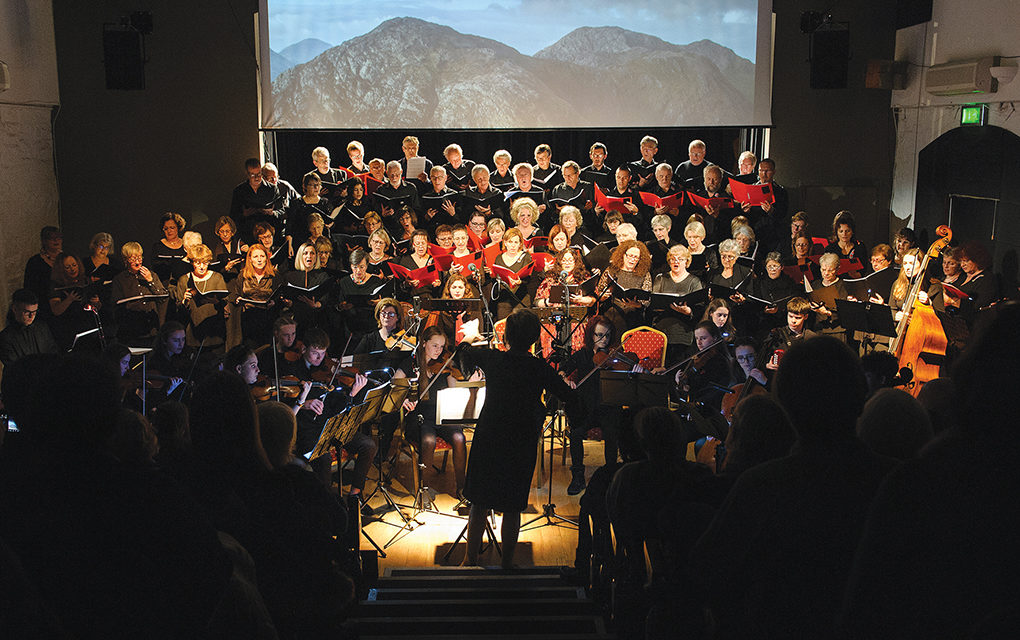 Local choir Cantairí Chonamara were joined by choirs from France and Hungary for the first ever performance of a newly commissioned work by Máire Ní Dhuibhir, ‘Connemara Songlines’.

The title reflects on the idea that the native peoples of Australia believed that the old songs reveal the paths across the land, and the ‘Connemara Songlines’ tells of the mountains and lakes, the wind and the stone that unite the natural world and the people who live within it.

The bilingual work, in Irish and English, was sung by three choirs: Cantairí Chonamara from Clifden, along with members of Choeur Diapason, from Montreuil-sur-Mer in Fance, and Pesterzsébeti  Városi Vegyeskar, from Budapest, creating a joint ensemble of 70 singers and 25 musicians. The visiting choirs also performed a selection of works from their own repertoire.

A visual arts exhibition of 30 Connemara-based artists also ran in the Station House complex over the weekend. 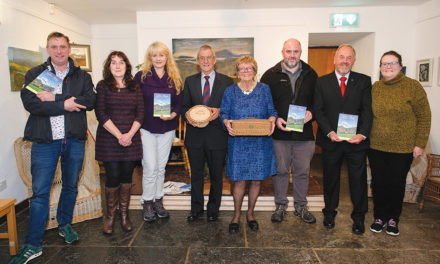