In the hours before dawn in November, we have a chance to observe meteors from two significant showers.  The first  is the Northern Taurids shower which has a broad peak of around 10 days but normally gives relatively few meteors per hour.  The peak was around the 10th of November when the Moon was coming up to Full, so its light may intrude.  The meteors arise from comet 2P/Encke, and the shower is especially rich in large particles so we may pass through a relatively rich band, thus it is possible that a number of spectacular fireballs might be observed.

The better known November shower is the Leonids which peak on the night of the 17th/18th.  The Moon is coming up to Third Quarter so its dimmer light may again hinder our view – but the Leonids do contain some larger particles so some brighter meteors may well be seen.

As one might expect from the name, the shower’s radiant lies within the sickle of constellation Leo and meteors may be spotted from the 15th to the 20th of the month.   The Leonids enter the atmosphere at about 71 km/second and this makes them somewhat challenging to photograph, but it’s worth trying as one might just capture a bright fireball.   Up to 15 meteors an hour could be observed near the zenith, or peak time at Midnight on each night.  The Leonids are justifiably famous because every 33 years a meteor storm can be observed when the parent comet, 55P/Temple-Tuttle, passes close to the Sun.  In 1999, 3,000 meteors were observed per hour, but as we are now halfway between these impressive events, a far lower expectation of meteors is happening this year.

Mercury: Following its transit of the Sun on the 11th of November (passing directly in front of the Sun from our viewpoint on Earth), Mercury rises rapidly into the pre-dawn sky, increasing in brightness by half a magnitude each day and rising about 7 minutes earlier as the days progress.  The rates slow until Mercury reaches greatest western elongation some 20 degrees in angle from the Sun on the 28th.   By then, it will have brightened to magnitude -0.5 and will rise one and a quarter hours before the Sun.   It will then have an elevation of some 11 degrees before being lost in the Sun’s glare.

Venus may just be glimpsed in the WSW, setting an hour after the Sun at the start of the month, but will be difficult to see due to the fact that  Venus will have a very low elevation above the horizon.  By November’s end, the Sun sets just before 4 pm and Venus an hour and a quarter later but it will still be hard to spot with an elevation of just 6 degrees as darkness falls.  Its magnitude remains at about -3.8 and its almost fully illuminated disk is 11 arc seconds across.   Binoculars and a very low horizon will be needed to spot Venus, but please do not use them until after the Sun has set.  After sunset on the 22nd of November, looking SW, Venus will lie just two degrees below Jupiter – with Saturn high and away to the left.

The Moon is full on November 12th, reaches last Quarter on the 19th, and will be New on the 26th.  In the late evening of November 16th, looking SE, the waning Moon before third quarter will be seen within the constellation Gemini.

Mars which passed behind the Sun (superior conjunction) on September 2nd, can be seen in the pre-dawn sky at the start of its new apparition this month.   It might just be glimpsed just south of east at the start of the month but will then only have an elevation of  roughly 11 degrees at sunrise.   Then, binoculars could well be needed to spot its +1.8th magnitude, 3.7 arc second disk – but please do not use them after the Sun has risen.   However, by the end of the month, Mars rises some two and a half hours before the Sun remaining at magnitude -2.8 with the planet’s disk still less than 4 arc seconds across.   It will have risen to 12 degrees elevation before being lost in the Sun’s glare.

Jupiter, the most massive of all the planets in our solar system shining from the beginning of November at magnitude -1.9 and falling to -1.8 during the month, can be seen very low in the SW as darkness falls.   As the month progresses, its angular size drops from 33.4 to 32.1 arc seconds but, by the end of the month, will be lost in the Sun’s glare.   Jupiter lies in the southeastern part of constellation Ophiuchus and is heading towards the southernmost part of the ecliptic so, as it appears in the twilight, will only have an elevation of 8 degrees.

Saturn will be seen just west of south as darkness falls this month.   Then, its disk is 16 arc seconds across and its rings – which are still, at 25.2 degrees, nicely tilted from the line of sight – spanning some 39 arc seconds across.   During the month its brightness remains +0.6 whilst its angular size starts to decrease to 15.4 arc seconds.

This month is a good time to find the distant planet Uranus in the late evening as it reached opposition on October 28th.   With a magnitude of 5.7, binoculars will easily spot it and, from a really dark site, it might even be visible to the unaided eye.   A medium aperture telescope will reveal Uranus’s 3.7 arc second wide disk showing its turquoise colour.   It lies in constellation Aries, close to the borders of Pisces and Cetus.

Lyra is dominated by its brightest star Vega, the fifth brightest star in the sky. It is a blue-white object having a magnitude of 0.03, and is 26 light years away. It weighs three times more than the Sun and is about 50 times brighter.  It is thus burning up its nuclear fuel at a greater rate than the Sun and so will shine for a correspondingly shorter time.

Vega is much younger than the Sun, perhaps only a few hundred million years old, and is surrounded by a dark disc of dust in which an embryonic solar system is being formed! 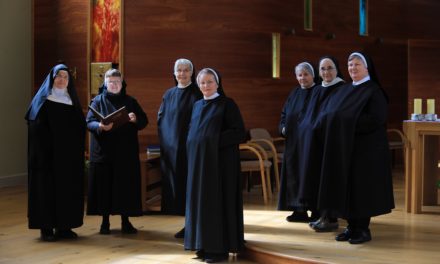 A message from Mother Máire Hickey 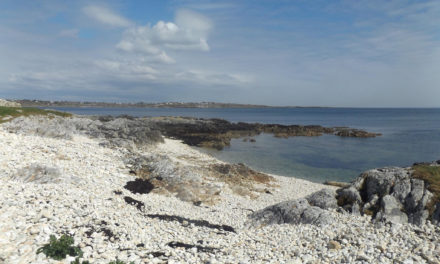 A walk on the wild side

Make the move to an eco lifestyle with SuperValu 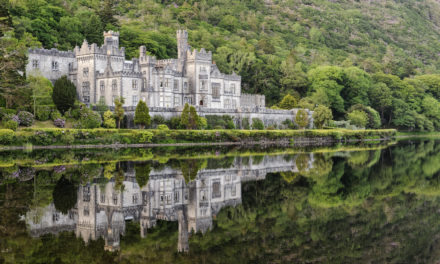 Altered but optimistic: plans for year ahead in Kylemore Abbey