When the people of Carraroe prepared to resist a bailiff and his RIC protectors serving eviction notices in the parish in 1880, they were amazed at the amount of strangers among them.

This was down to the land reform campaigner Michael Davitt, who had organised a migration of sympathisers from Mayo, Clare and the Aran islands.

To Carraroe people not familiar with the big world outside there could be only one explanation for the strange faces: the dead had risen from the past to stand beside them in their fight.

This little anecdote is alluded to in a cemetary scene in the theatre company Fíbín’s production of Cath na Ceathrún Rua (The Battle of Carraroe), the story of a skirmish in a Connemara village that sparked a nationwide revolt over tenant rights and fair rents.

Directed by Philip Doherty, the story is told over a few acres at the back of Fíbín’s new offices in An Tulach, adjacent to TG4’s headquarters in Baile na hAbhann.

The audience treks around the boggy ground from scene to scene with police, bailiffs and peasants frantically diving among them. In a few steps they are moved from marshland to vaudevillianVictorian London inside a circus tent.

The whole anarchic, high-energy and improvisational style had the audience like wet peat in the play’s hands.

Guest of honour on the evening was Sabina Higgins, wife of the President, who officially opened Fíbín’s new headquarters prior to play. 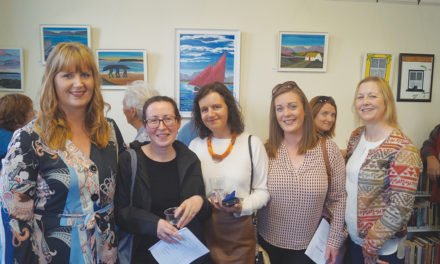 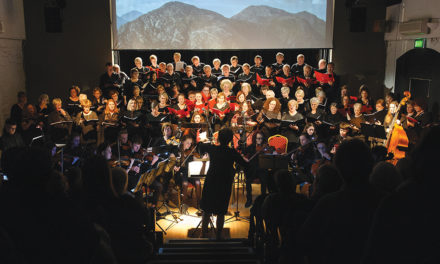